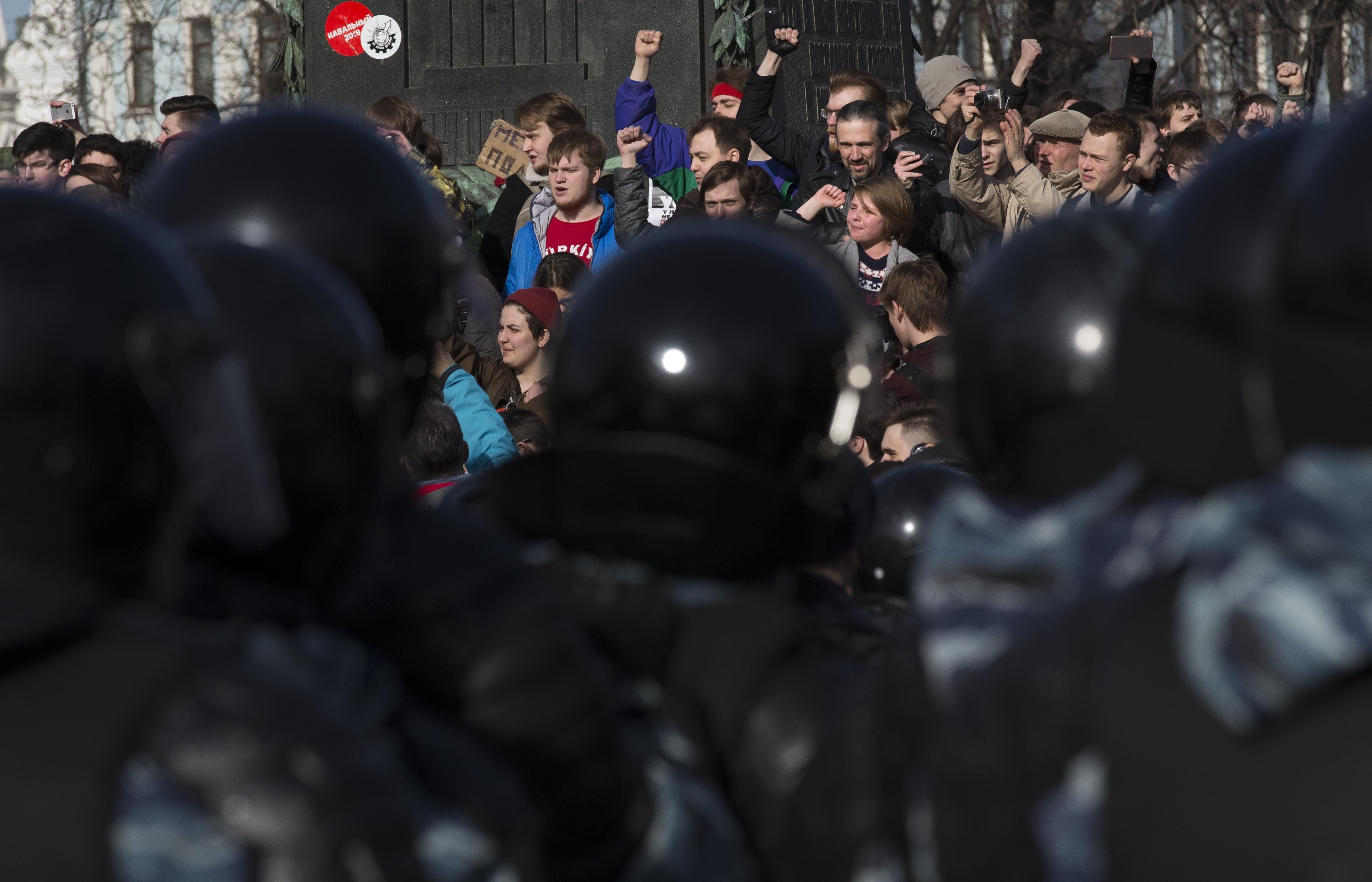 Following nationwide protests last Sunday, Russia’s state-controlled media badly fumbles its coverage. People shout anti-government slogans in front of police during a protest downtown Moscow, March 26, 2017. AP Photo / Alexander Zemlianichenko By Alexey Kovalev, for The Moscow Times Last Sunday, protests on a scale not seen since 2012 shook Moscow, St. Petersburg, and about 90 other Russian cities and towns — even in areas traditionally thought of as Putin’s stronghold, where his approval and his party’s ratings are in the high 90s. Several thousand people — no less than 8,000 in Moscow alone — came out to protest government corruption, despite warnings that they could be arrested. For these demonstrators, the personification of government corruption has become Prime Minister Dmitry Medvedev, the country’s unassuming former president, whom firebrand opposition leader Alexei Navalny targeted earlier this month in a damning investigation. You might say that 60,000 Russians protesting

NATO reaffirms its firm support to Ukraine and does not recognize Crimea occupation by Russia.

#NATO Allies speak w/ one voice: we do not & will not recognise #Russia's illegal annexation of #Crimea – @jensstoltenberg #ForMin pic.twitter.com/JtwcxxC67W