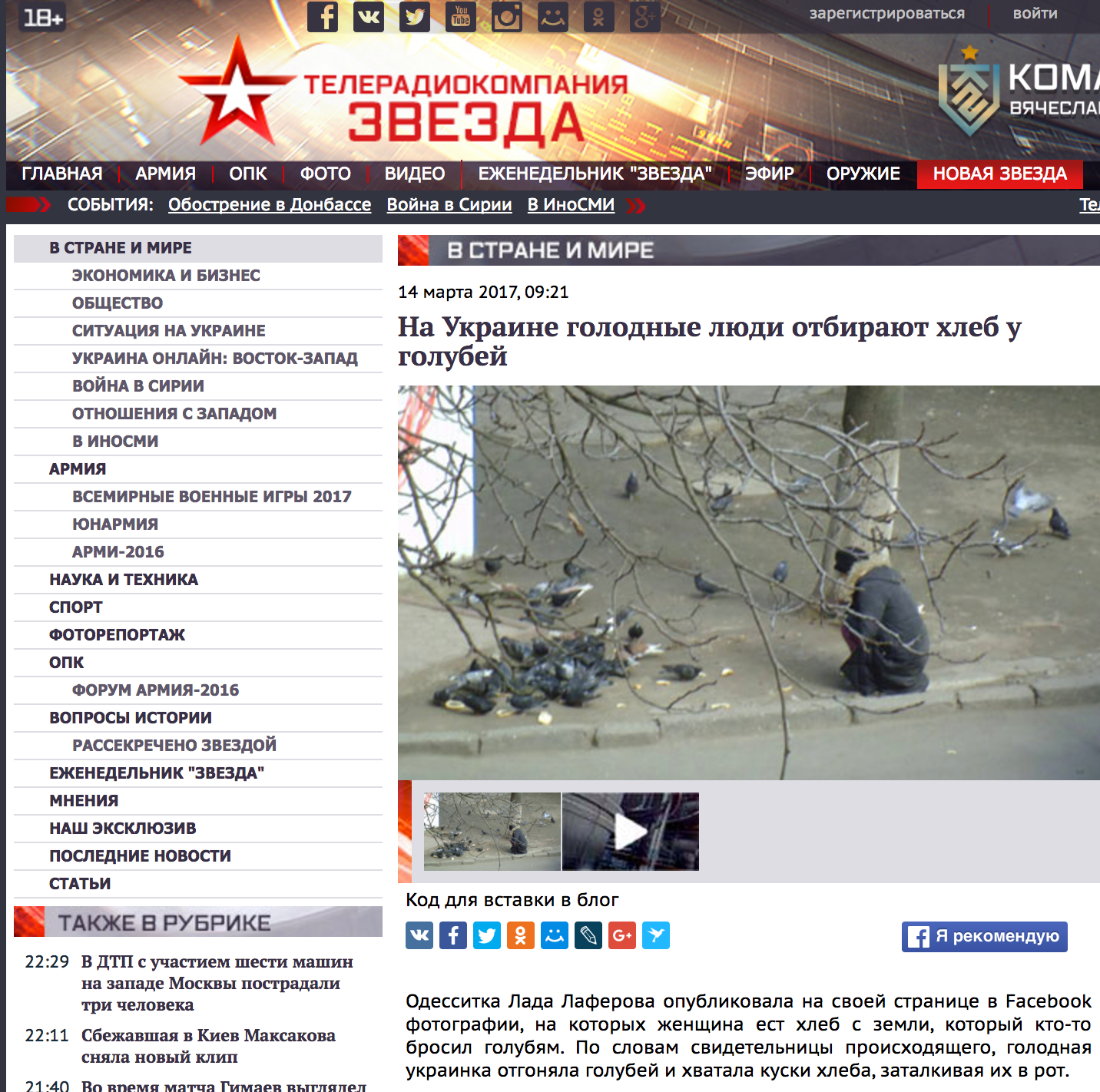 A new theme proving very popular in Russian media is the alleged hungry winter Ukraine is living through. Leading the pack with this fake story is none other than Russia’s Defense Ministry television channel Zvezda, which announced recently that hungry Ukrainians are driven to scrounge for bread quite literally thrown to the birds. Website screenshot Zvezda Zvezda’s source is a Facebook post by Lada Laferova from Odesa, who claims that she herself saw a poor woman eating bread someone had thrown to pigeons. Ms. Laferova illustrates her post with a photograph, showing a woman crouching by a flock of pigeons eating bread. Laferova’s timeline features several pro-Russian posts, photographs of a snowy Odesa, but no post or photo of pigeons and poor hungry women. Russian media took the theme even further, speculating about the possibility of food riots and the introduction of food ration cards in Ukraine. RT’s Russian language site writes about ration cards in Ukraine as a future certainty